A little info about our quartet.

Sonoro Quartet was founded in 2019 by four promising and talented musicians: violinists Mona Verhas and Jeroen De Beer, violist Séamus Hickey and cellist Paul Heyman. Despite the fact that they are a relatively young ensemble, they are already known for their virtuosity and energetic playing, balanced by their yet mature musicality.


Sonoro Quartet is currently studying at the Nederlandse Strijkkwartet Academie in Amsterdam (NSKA) where they take lessons with renowned professors such as the members of Danel Quartet, Eberhard Feltz, Hagen Quartet etc. The quartet is also taking lessons at Orpheusinstitute in Ghent and takes lessons on a regular base with renowned professors such as Heime Müller (Artemis Quartet) and Marc Danel (Danel Quartet). This young quartet played already in numerous halls such as De Bijloke, Amuz, Desingel and played on the Beethoven Festival 2020 in Bonn the première of the first string quartet by Eric Domenech which was recorded for the SWR Television. Also, in the next season they will perform on national and international stages.


After playing a program completely dedicated to Schubert, the four musicians will play this season masterpieces from Haydn, Brahms, Schumann and Shostakovich. Besides these famous works, they will also play known and less known modern music on stage. In that way, the quartet presents itself as a unique ensemble that constantly pushes their boundaries and keeps expanding their range of colors. The fact that they keep searching for new sounds inspired the group by finding their quartet name.

The Sonoro Quartet is financially supported by vzw SWUK Vl.

Mona Verhas (1997) studied with Erik Sluys at the Music Anderlecht, with Prof, Alissa Margulis at the Royal Conservatory of Antwerp and is currently studying at the Hochschule für Musik und Darstellende Kunst Frankfurt am Main with Prof. Erik Schumann


She played with orchestras 'Brussels Sinfonietta' in Flagey Hall and Brussels Conservatory Hall, with 'Prima La Musica' in De Munt/La Monnaie Brussels, with 'Oost Vlaams Symfonisch Orkest', with 'AMAJ’ at deSingel and AMUZ.

Mona plays a violin by François Pique, 1805, Paris (France). More information can be found on her website: 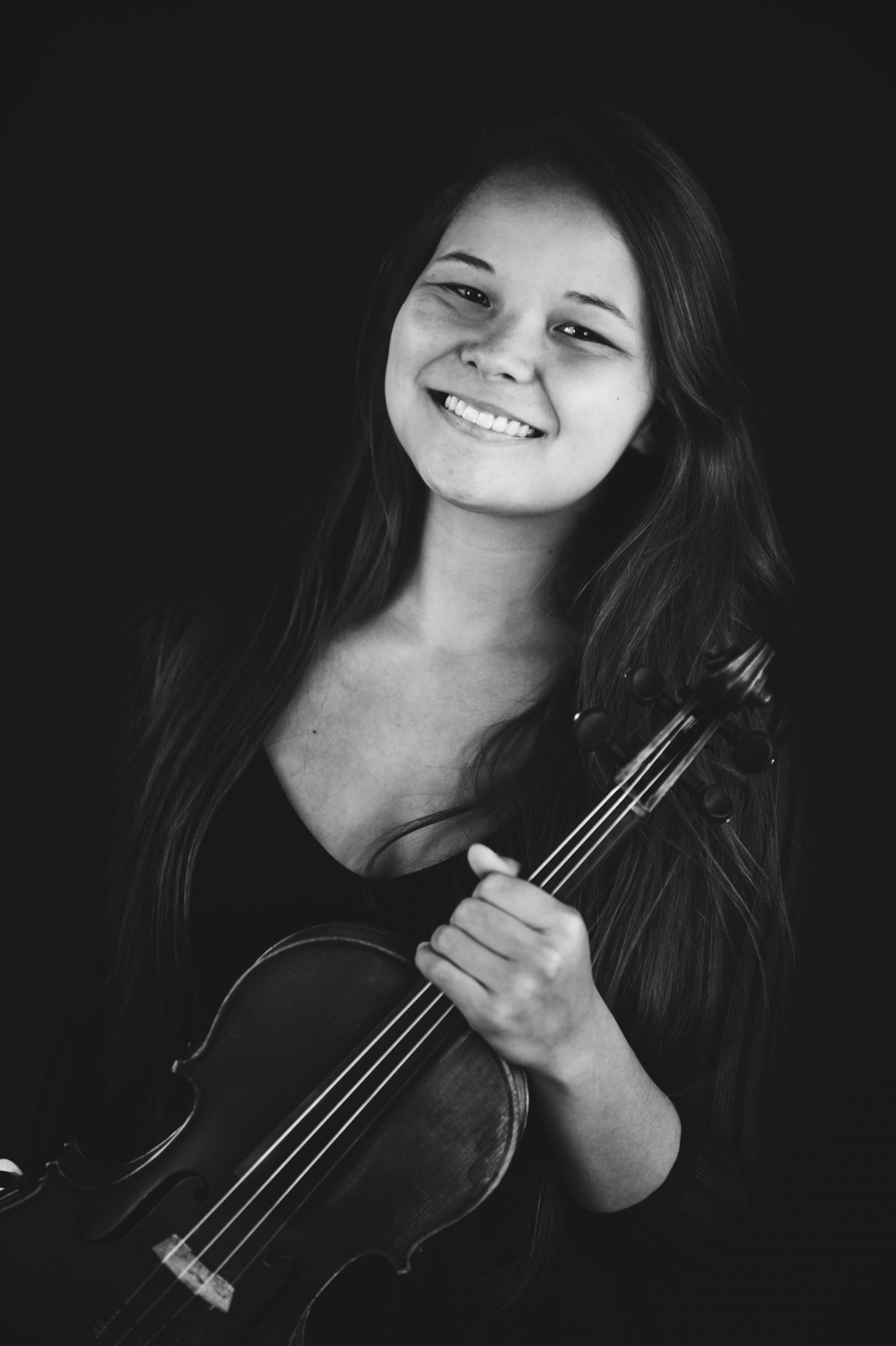 And those who were seen dancing were thought to be insane by those who could not hear the music.
—Friedrich Nietzsche

Jeroen De Beer (°1995) begins his studies at the Stedelijk Conservatorium Bruges with Karel Ingelaere and then continues to study at the Royal Conservatory of Antwerp with Tatiana Samouil. In 2018 Jeroen got accepted in the class of Barnabas Kelemen at the Hochschule für Musik und Tanz Köln where he is still studying.


Jeroen is also very active as a chambermusician. Besides the Sonoro Quartet, he is also a member of the piano trio Trio Telepatico with whom he recorded his first cd in 2014. With this trio, Jeroen won several competitions such as Belfius Classics, which led to a performance of the triple concerto from Alexander Tcherepnin with orchestra in La Monnaie. 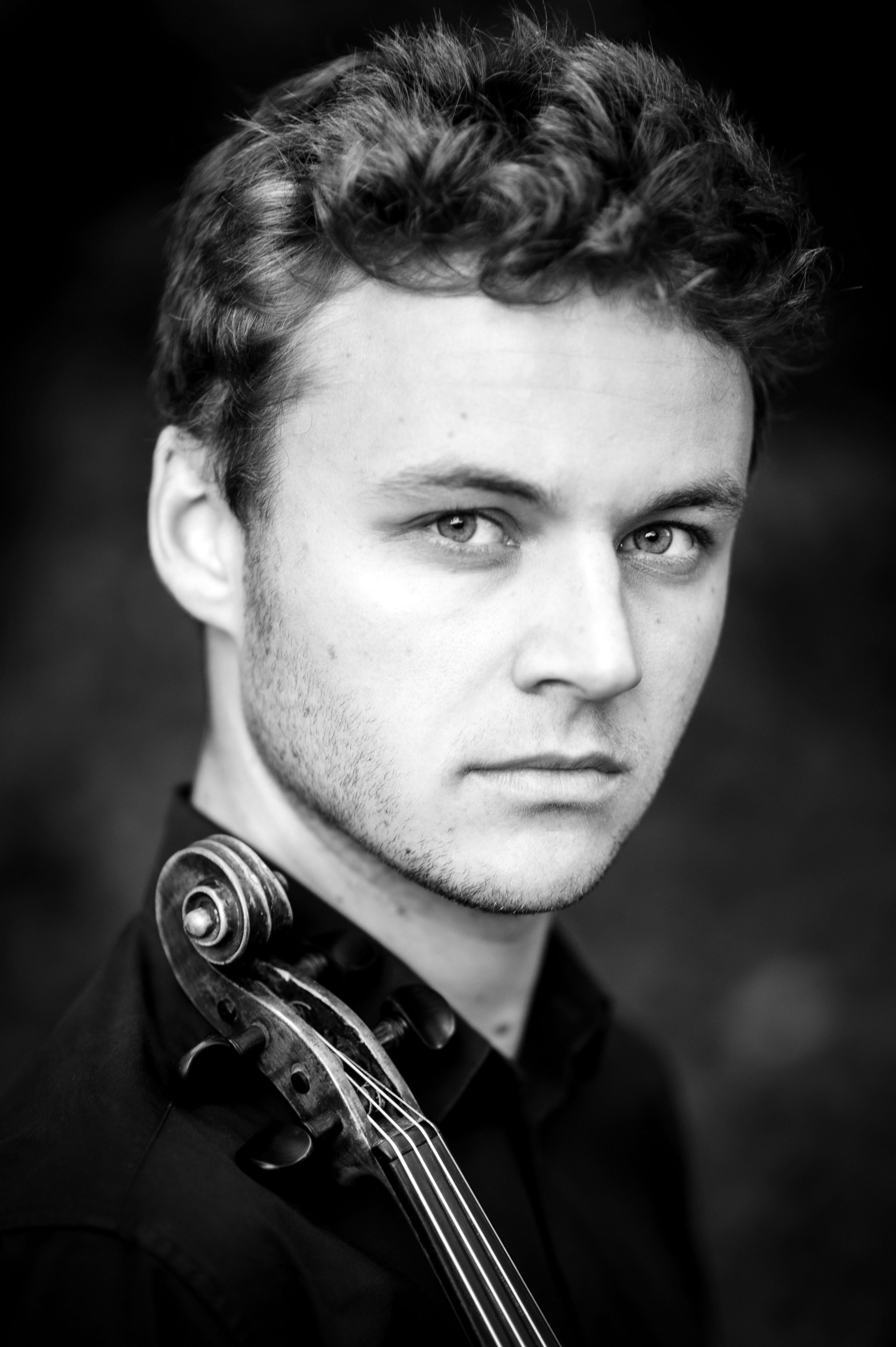 
In 2019, Seamus was awarded second place in the Amsterdam National Viola Competition and the Vieuxtemps Prize. In the Aileen Gore Cup at Feis Ceoil, Dublin, he was placed first and was awarded the RTÉ Lyric FM award. He performed in April 2019 in the Feis Ceoil Gala Performance at the National Concert Hall, Dublin. In 2018, he was a finalist in the Irish Freemasons’ Young Musician of the Year where he was awarded the John Vallery Memorial Prize for the best performance by a string player. He received the 2018 Capuchin Order Instrumental Perpetual Trophy and Music Bursary for Advanced Recital in Feis Maitiú, Cork. He is the winner of the 2020 RDS Jago Award.


Séamus has participated in masterclasses with Tabea Zimmerman, Marc Danel, Hartmut Rohde, Nobuko Imai, Juan Miguel Hernandez, Denis Brott and members of the Artis Quartet, Quatuor Danel, the Con Tempo Quartet and the Vanbrugh Quartet. As dedicated chamber musician, Séamus plays in a variety of ensembles. From 2017-2020 he has performed at the National String Quartet Foundation’s Gathering in the National Concert Hall and also in the masterclass programme at the West Cork International Chamber Music Festival with the Red Abbey and Ophelia string quartets. In March 2020 he performed in the 2020 Ortús Chamber Music Festival. Seamus is now the current violist of the Sonoro Quartet.


Séamus was the leader of the Cork Youth Orchestra from 2015-17. He also plays traditional Irish music and has toured across Europe performing with various ensembles. He has twice been an All-Ireland finalist on the fiddle and was placed 2nd in the All-Ireland whistling championship. 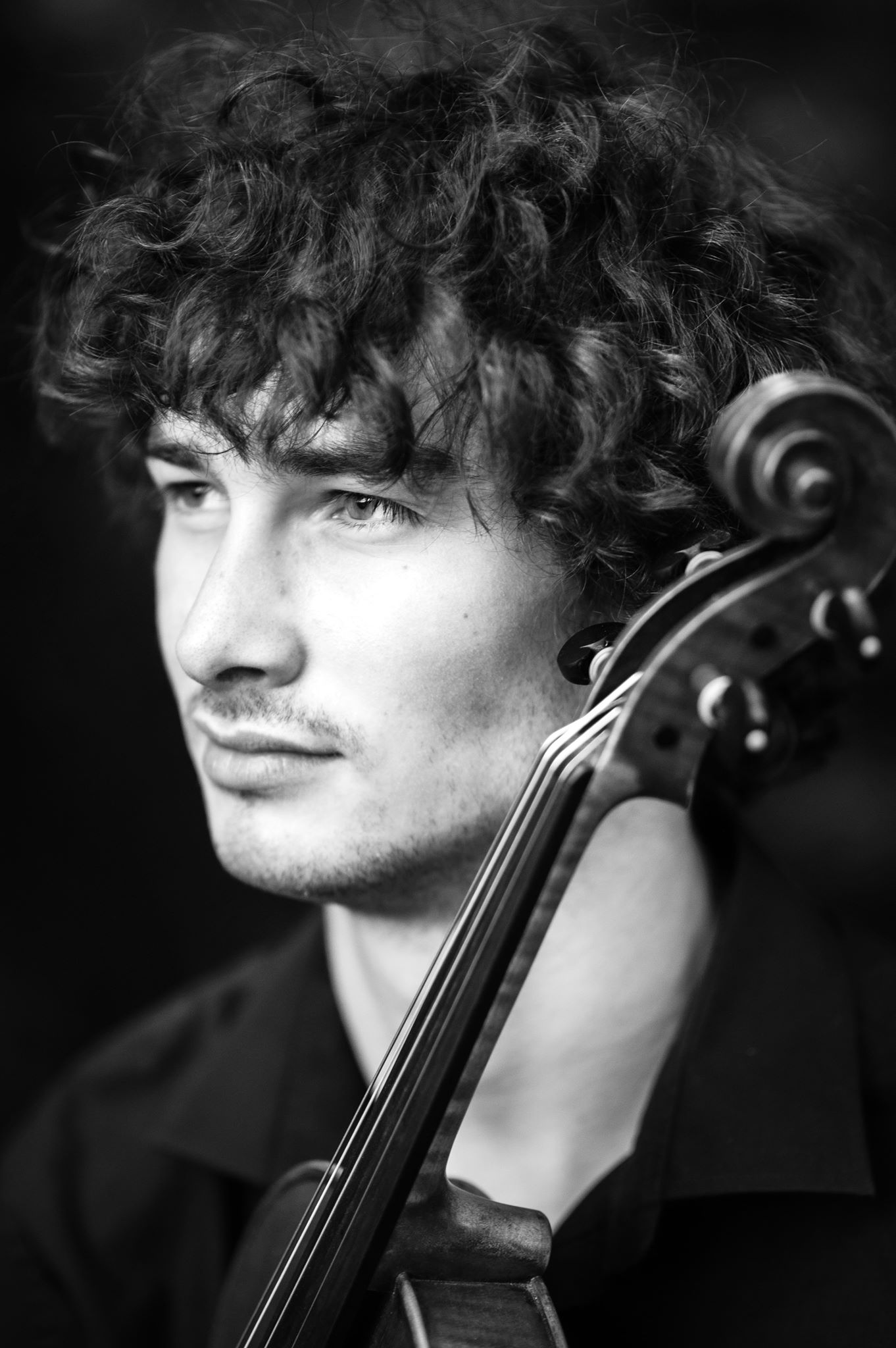 
After having graduated with Raphael Wallfisch in Zürich with the highest distinction(100%), he went on to study with France Springuel in Belgium, and at the Philippe Jaroussky academy in Paris.


He is mostly active as a soloist and in chamber music. Paul has a duo with pianist Işil Bengi, plays in the Sonoro string quartet, and is a member of piano trio Aries.


Current highlights are Paul’s first CD-recording on the label Etcetera, and debut concerts in several of the most prestigious concert venues in Belgium such as Bozar in Brussels, De Bijloke in Gent and Amuz in Antwerp.


Paul was also chosen as the 2019 laureate of the Belgian foundation ‘Swuk Vlaanderen’, an organization which supports young Flemish artists with the start of their professional careers, where he was previously artist in residence.


He is a prize winner of several national and international competitions, and has appeared many times on Belgian national radio and television both performing and in interview (Klara, Exqi Culture, Musiq’3), as well as on SWR, NDR, DakApp and Medici.tv.


At an early age Paul studied with the great Belorussian pedagogue Vladimir Perlin, whose fundamental methodic and ideology formed the basis of Paul’s cello playing.


Paul Heyman plays on a cello made ca. 1740 by J.C. Hoffmann, who was the main provider of instruments to J.S. Bach in Leipzig. 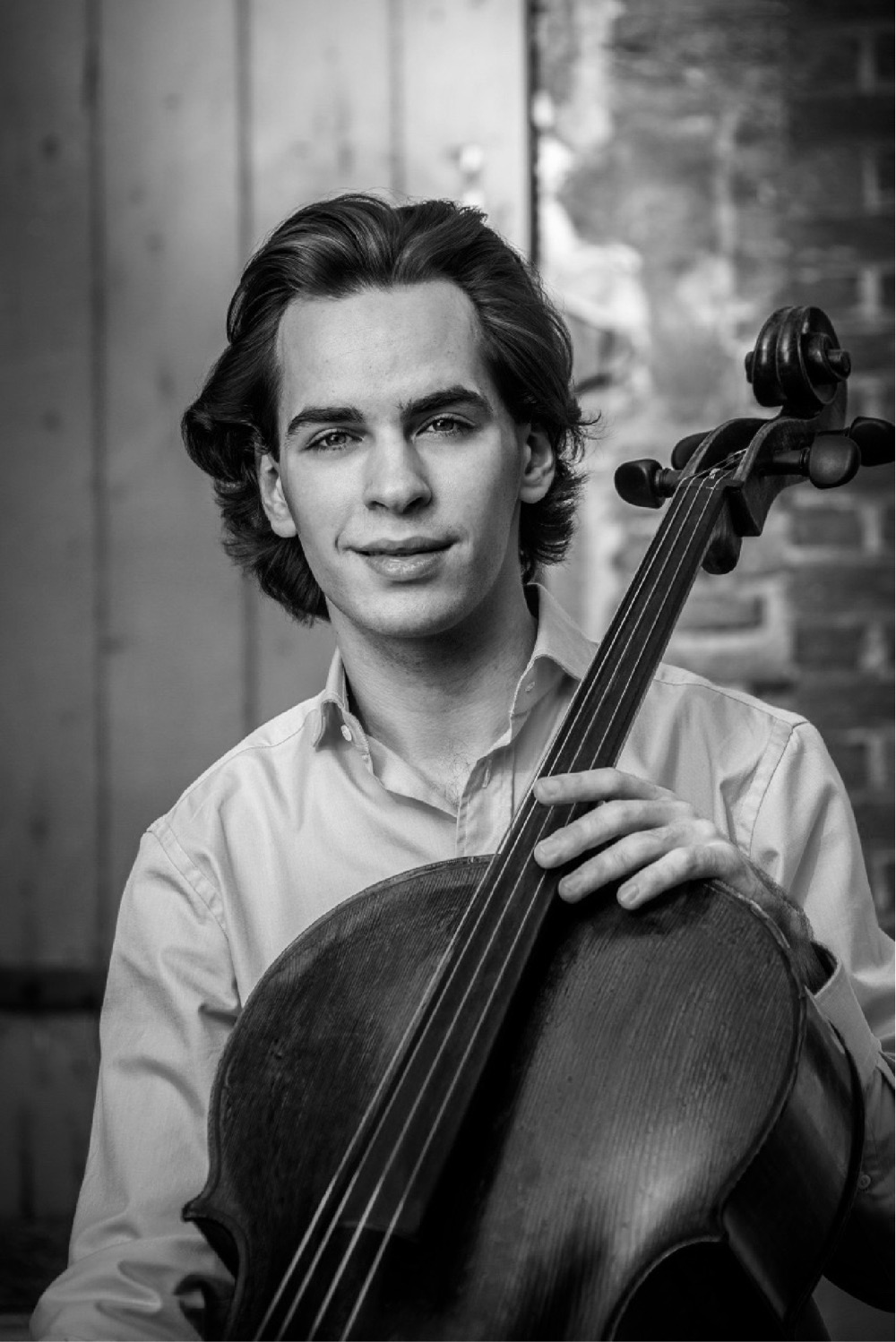